The Hawthorne Street Bridge and the Morrison Street Bridge are two of several bridges that connect the city of Portland as it spans the Willamette River. Located near the east side entry of these two bridges, the Grand Avenue corridor, are two soaring examples of architectural sculptures. END_OF_DOCUMENT_TOKEN_TO_BE_REPLACED

.. waiting outside, in a line of people, on a blustery chiaroscuro day at the cinema. I am here to see the film Patterson, which is the latest by director Jim Jarmusch. 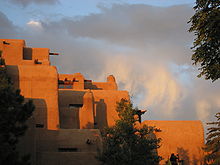 Santa Fe, New Mexico is known as the premier location of the quintessential southwestern style. This style includes traditional southwestern Pueblo, Territorial, and other regional architectural elements. Some of these elements incorporate earth-toned stucco walls, exposed beams (vigas), large covered porches (portales), flat roofs, terra cotta tiles for floors/walls, high-desert minimalist landscaping, and other traditional components. The styles pre-date New Mexico’s statehood in 1912 and they have direct links to the pre-statehood territorial period of 19th and early 20th century. In the late 1950’s the city of Santa Fe passed ordinances controlling the look of new and rebuilt construction, especially in its historic districts, as a continuation of the Santa Fe Style. Other cities, with significant historic districts, have also adopted strict architectural guidelines; notably the American southeast cities of Charleston, SC and Savannah, GA. END_OF_DOCUMENT_TOKEN_TO_BE_REPLACED

My mind drifts to random reflections as I navigate the queries on an internet website. What is the user name? What is the password? And answer security question #1? END_OF_DOCUMENT_TOKEN_TO_BE_REPLACED

Several months ago, a friend & I, he lives in California and I reside in Oregon, were discussing the distinction between vocation and avocation. The former refers to a form of lifelong work or career and the latter refers to a long-term pursuit as well but the distinction is that avocations are generally regarded as voluntary pursuits; frequently avocations are not remunerated by much public recognition or financial compensation. My avocation is writing and the blogsite is the primary outlet for this pursuit. His avocation is music.

END_OF_DOCUMENT_TOKEN_TO_BE_REPLACED

Several weeks ago, I had an opportunity to attend a poetry reading in Salem; Salem is the capital city of Oregon. Poet Carlos Reyes, an Oregon resident, gave a reading at a downtown bookstore. Reyes is an excellent and talented writer, poet, & translator. Of course, his reading that evening, at the bookstore, was superb and he focused mostly on his recent poetic projects. However, during the reading, I developed a nagging sensation, and I started to cast about, mentally, for a forgotten connection which had slipped my mind.

END_OF_DOCUMENT_TOKEN_TO_BE_REPLACED

Moving slowly along SE Powell Blvd., in Portland, and it is rush hour. I am heading east on Powell to eventually make my way to the community college on SE 82nd, to attend a class. There is a typical gray rain falling and the all-Classical radio station is playing a moody sonata to keep its listeners calm, during the rush hour. Sluggishly motoring by the Catholic Charities building (see above), on 27th & SE Powell, it is easy to notice a family of refugees who are walking into the Charities’ entry. END_OF_DOCUMENT_TOKEN_TO_BE_REPLACED

The anatomy of a poem can be attributed to a variety of sources and structures. Several weeks ago, I was caught by the phrase, we walk to a public house, and after three or four reinventions, the end results were a satisfying though unexpected poem (see the completed poem below). END_OF_DOCUMENT_TOKEN_TO_BE_REPLACED

It was 4.30 am, early morning, I was driving to North Portland. The local jazz station was playing an extended piece by Miles Davis and it seemed to provide a soundtrack for the foggy and rainy conditions that were outside my moving car.

One of the first records that I ever purchased, it was records or LPs back then, was Miles Davis’ Kind of Blue. I was a teenager but I officially felt like an adult after my initiation into that seminal recording. 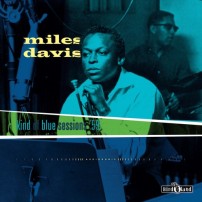 END_OF_DOCUMENT_TOKEN_TO_BE_REPLACED

A sojourn at Vancouver Washington is worth it. There is a specific location, in Vancouver USA and not Canada, of the Land Bridge, over highway 14, that connects to the Fort Vancouver National Historic Site; more or less 30 minutes from Portland Oregon. The Land Bridge, with its fluid architectural augmentation, is part of artist/architect Maya Lin’s Confluence Project. It is sited near the Columbia River and within view of Mount Hood.