A cold drizzly day – apropos for the music of Madeleine Peyroux. The American singer, with a voice reminiscent of Billie Holiday, an earthy and aching sound, who deftly navigates the worlds of jazz, blues, folk, soul, and pop. Her most memorable recording is The Blue Room (2013) which is an homage to Ray Charles’ early 1960s recordings, Modern Sounds in Country & Western Music Volume 1 & 2 (1962).

Ray Charles’ Modern Sounds recordings were landmark at the time of their release as his music integrated country & western and rhythm & blues and pop. His 1962 recordings were a commercial and critical success; the two recordings are on a short list of all-time great pop music records. 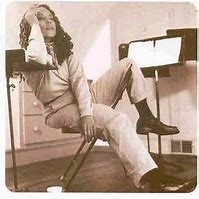 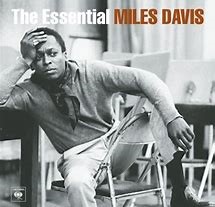 Cassandra Wilson’s bold tribute to Miles Davis, Traveling Miles (1999), is a breakthrough because it was influenced by a broad range of Davis’ seminal music – Kind of Blue (1959) through Bitches Brew (1969). Miles Davis evolving sound, during that 10 year period, inspired multitudes of musicians and faithful listeners to new heights.

Cassandra chose several classic musical offerings, from Davis’ catalog, and added lyrics – for example, she added lyrics to Blue in Green and Miles Run the Voodoo Down. There are also original compositions, Wilson’s compositions, that perfectly augment the overall spirit of her homage recording. The instrumentation, on Traveling Miles, is a mostly spare and evocative amalgamation of jazz, folk, and blues tones.

Shelby Lynne’s Just a Little Lovin’ record (2008) is regarded as a milestone in her music career. It is her homage to Dusty Springfield’s Dusty in Memphis (1969) – that 1969 record is on a short list of all-time great recordings. Shelby’s 2008 recording actually covers song selections from several different Springfield album recordings.

Dusty Springfield, a British pop singer, achieved legendary status with the release of her 1969 recording which was a critical, but not a commercial, success at that time. The album is regarded as a perfect marriage between pop and blue-eyed soul music.

Shelby, generally known as an alt-country performer, delivers restrained, warm, and honest renditions of Springfield’s songs. The instrumentation, on Just a Little Lovin, is intentionally sparse which is a stylistic departure from the Springfield originals. Shelby’s penetrating contralto voice is front and center.