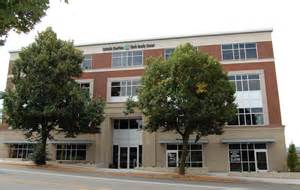 Moving slowly along SE Powell Blvd., in Portland, and it is rush hour. I am heading east on Powell to eventually make my way to the community college on SE 82nd, to attend a class. There is a typical gray rain falling and the all-Classical radio station is playing a moody sonata to keep its listeners calm, during the rush hour. Sluggishly motoring by the Catholic Charities building (see above), on 27th & SE Powell, it is easy to notice a family of refugees who are walking into the Charities’ entry.

There is a difference between a refugee and an immigrant/migrant, both of whom may want to emigrate to this country. The one primary distinction is that a refugee is a displaced person, most often living in a refugee camp. Refugees are individuals who are forced to flee their home country because of extreme conditions of persecution and/or security. A displaced person or persons fleeing severe economic conditions, in their home region, is regarded as an economic migrant. Per UN estimates about 15 or 16 million individuals, minimally, are categorized as refugees however this is a subset of the total worldwide number of displaced persons which is estimated at 40 million individuals or more.

While refugee placement in the United States has become a hot political issue recently, nonetheless our country has consistently been welcoming to refugees for many years. In Portland, the refugees, in recent years, have been primarily from the countries of Somalia, Iraq, Bhutan, Burma, Cuba, and Afghanistan among others. And in the State of Oregon, during the last three years of 2013 – 2015, at least 1000 refugees have been officially accepted each year.

How refugees move from a camp in another country to residency in the United States is a lengthy and complex process. Minimally, it involves the United Nations Refugee Agency (UNHCR), the US State Department/Department of Population, Refugees, & Migration (PRM), and the US Homeland Security Department for starters. There is an actual face-to-face interview, by a Homeland Security official, with the refugee/s, and upon official acceptance, by the US, a medical exam and cultural orientation occurs before the individual or individuals are put on a plane bound for the US; at least, one third of these refugees are children and if the children are without family then there is an additional process of resettlement with relatives or foster care in the US.

In Portland, the major resettlement agencies include the Catholic Charities, the Ecumenical Ministries of Oregon (SOAR), and the Lutheran Community Services organization. Funding sources for these agencies are federal funds as funneled through state programs as well as private donations from the public and charitable foundations. A resettlement period is usually funded for about eight months although some states continue to provide support beyond the eight months. During the resettlement period the assisting agency arranges for food, housing, clothing, employment, counseling, education, medical care, and other immediate and/or long term needs for the new arrivals.

Finally, I have arrived to the community college, found a distance parking space, paid for an evening’s parking, and while I am walking across campus, I hear several different languages spoken around me. Official statistics, for the campus, indicate that there are more than 40 languages spoken by attending individuals. I am heading toward the campus library (see above) and eventually to an English creative writing class in the Admin building, and as I past the Mt Scott Hall, I am aware that other English classes, ESOL classes, English for Speakers of Other Languages classes, which include enrollment from immigrants & refugees, are occurring, as well.