Experiences of a natural disaster tend to be confusing and/or provocative.

My first experience of a volcanic eruption caught me unaware. Many years ago, I was walking home on warm sunny day, after a movie matinee at a mall, in Quito Ecuador, and it started to snow. Or least there was an appearance of a snow event and I thought that I also perceived the slight odor of sulfur in the atmosphere. It was an unusually experience since the temperatures were in the 60s and the snowflakes did not seem to melt as they touch the surface of the sidewalks & the streets. Thankfully a neighbor informed me, as I arrived back to my apartment, that a volcano had erupted in a remote area in Ecuador and now the winds were carrying volcanic ash and some gases, from hundreds of miles away toward the city.

There are over a few hundred volcanoes in South America, some active and some extinct, located in the Andean Volcanic Belt that runs north/south in Latin American countries in the western part of that hemisphere. The country of Ecuador has over 50 volcanoes. As it turns out that particular volcanic activity that I experienced, during my two-year tenure in Quito, put the city on lock down for a week. This was followed by many weeks of cleanup, of ash, by an army of municipal workers. 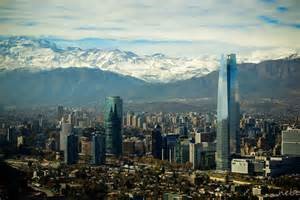 My first experience of an earthquake was 14 years ago in Chile, in the capital city of Santiago. I occupied an agreeable corner room, in an apartment hotel, on the second floor. What occurred unfolded gradually but the room started to shake and vibrate from side to side, and this lasted for nearly a minute. Of course, my first instinct was to peer outside the window. Obviously, I thought at the time, there must be a sturdy large truck or a lumbering bus passing by.

It was a short time later, at the reception desk, that the clerk informed me that I had experienced a little earthquake, pequeño terremoto. The clerk explained with much vigor, in Spanish, the great frequency of these little events, which everyone here was quite used to, as opposed to the infrequent occurrence, although inevitable reality, of a major earthquake event.

The republic of Chile is located in the circum-Pacific seismic belt which is a half-circle shaped region, of Pacific Rim nations, where at least 80% of the world earthquakes occur. And by the end of my one-month long stay, in Santiago, I had experienced several pequeños terremotos.

A good friend from Colorado had an experience under much graver circumstances. She was attending graduate school in Santa Monica California and she experienced, first-hand, the massive earthquake of 1994 in Los Angeles. It was listed at near 7.0 on the Richter scale with many deaths, thousands of injuries, and billions of dollars in property damage. She described it as earth-shattering.