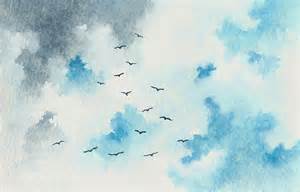 sort of – for birds

used to be stars &

they wanted to check out

and of course they stay

in the air in the tops

of high trees & chart the natural

for the selfish purpose

will surely sustain them

END_OF_DOCUMENT_TOKEN_TO_BE_REPLACED

MARI BELEN, AN INVESTIGATOR WITH THE MADRID POLICE, ELECTS to pour a second cup of coffee from the office coffee pot. It is 8.15am. She is a member of a three-person investigative team which primarily focuses on cold or closed criminal cases. The little group has been discussing the five unsigned letters, and especially the fifth one, as regards to the staggering revelations of its contents. The contents of the letters prompted the officers to gather evidence, new witnesses, and interviews with suspects. Three of the cold cases have already been presented to the court for the purpose of the issuance of official arrest warrants and this has subsequently lead to solid arrests and convictions. It has been a busy few weeks for the team, as they have followed-up on each new letter, during a period of five consecutive weeks, this past October and November of 2013. Presently it is a Friday and it is nearly December.

END_OF_DOCUMENT_TOKEN_TO_BE_REPLACED

Childhood memories can be scarce for some of us. Most of my memories are the memories of my sister telling stories of our past. I mostly have memories of her telling me a memory that I ought to have. However, one original self-generated memory of my own, from the past, is the library, the neighborhood library. My first achievement of distinction was the receipt my first library card.